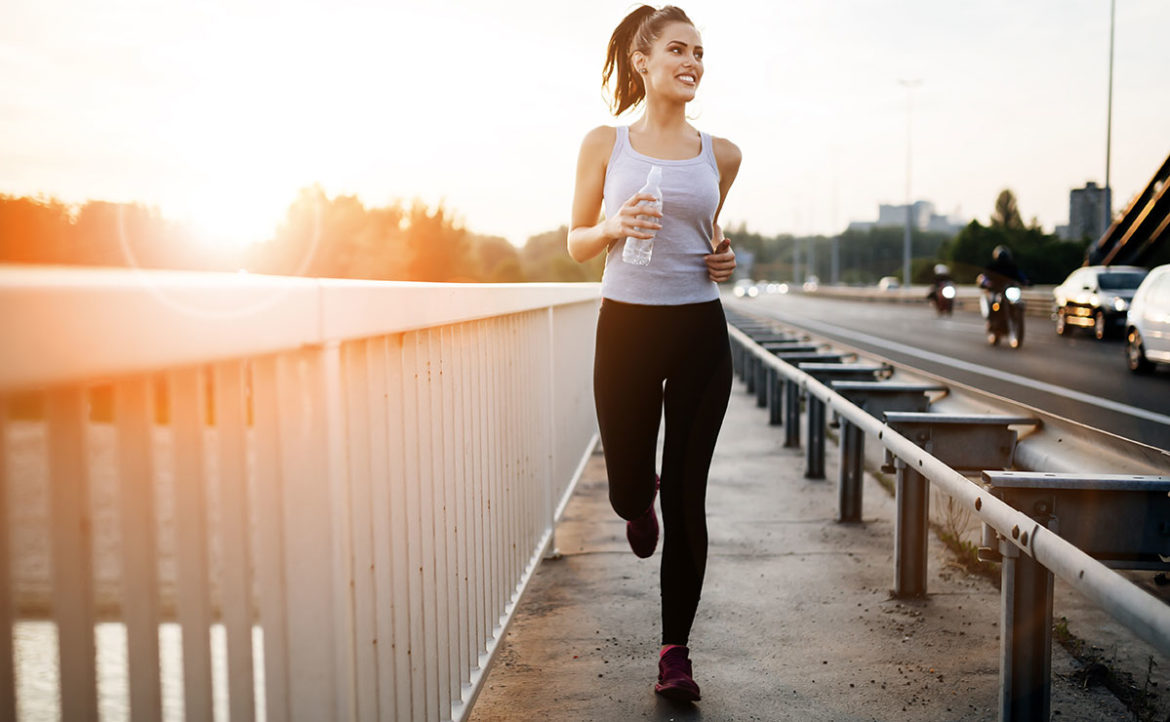 Everyone knows that walking is one of the best exercises for health, which is why physicians regularly recommend 150 minutes a week. But that’s a measure of volume. What about walking speed? Does that make a difference? A recent paper indicates the answer may be yes.

Previous research had focused only on total amounts of exercise in minutes, or steps. A team of epidemiologists in Sydney looked at whether people who walked similar distances but at different speeds gained more or fewer health benefits. The paper was published in the British Journal of Sports Medicine.

The investigators identified 11 English and Scottish population-wide reports that included more than 50,000 regular walkers with an average age in their late 40s. The walkers were grouped according to four walking speeds: slow, average, brisk and fast. Lastly, the researchers compiled mortality (from heart disease and cancer) rates during an average follow-up period of 9.2 years.

They found that participants who walked at an “average” speed, as opposed to “slow,” had a 20 percent lower risk of death during the follow-up period. Those who walked at a “brisk” or “fast” pace enjoyed an additional 4 percent lower mortality rate. While optimal speeds vary with each individual’s age and fitness, a pace below 20 minutes per mile is generally considered average, and below 18 minutes per miles is brisk. Essentially all the benefit came from lower heart-related deaths. Walking pace had no effect on cancer rates.

“Ours was the first paper to isolate walking pace from overall physical activity volume,” explains head researcher Emmanuel Stamatakis, professor of physical activity, lifestyle and population health at the Charles Perkins Center in Sydney. “We also took several steps to rule out the possibility that the slow walkers were in poor health to begin with.”

Next steps: Keep taking them – your walking steps, that is. Walking more is better than walking less. But don’t fall into the trap of thinking that any languid stroll provides a big health boost. Keep out of the “slow” zone. Make sure you’re putting some effort into your walk.

“There’s no perfect pace for everyone,” Stamatakis notes. “If you’re out of breath, you’re probably walking brisk or fast. An appropriate effort for those in a comfortable walking routine might be slightly out of breath.”

When you’re short of time, simply walk faster to increase the payoff. “A faster pace means you are challenging your physiology to make adaptations for better health and fitness,” Stamatakis says.

Can the keto diet screw with your period?

Heart failure risk is ‘worse for women with...

It’s time for a new conversation to reduce...

How to Avoid 7 Summer Health Hazards, According...

Are you suffering from itchy, inflamed skin and...

How to eat properly for your age

Can eating a vegetarian diet prevent a stroke?

Blindness and sight loss to double by 2050

Asthma patients could slash their carbon footprint by...

[…]Here are several of the sites we recommend for our visitors[…]

This website was… how do you say it? Relevant!! Finally I have found something which helped me. Appreciate it!

Hello! Someone in my Facebook group shared this website with us so I came to take a look. I’m definitely enjoying the information. I’m book-marking and will be tweeting this to my followers! Exceptional blog and superb style and design.|

Itís difficult to find educated people on this topic, however, you seem like you know what youíre talking about! Thanks

Can you tell us more about this? I’d care to find out more details.|

[…]Every once in a even though we pick out blogs that we study. Listed below would be the most current web-sites that we opt for […]

Hello, i think that i saw you visited my site so i came to “return the favor”.I am trying to find things to enhance my site!I suppose its ok to use some of your ideas!!

Carbon steel is extra frequently used than any other steel, as well as has actually long been admired for its versatility and affordable. Federal Steel supplies a complete option of carbon

I want to to thank you for this wonderful read!! I absolutely enjoyed every bit of it. I have you bookmarked to check out new stuff you postÖ

Hi, Neat post. There’s a problem with your website in internet explorer, would test this… IE still is the market leader and a big portion of people will miss your magnificent writing due to this problem.

Heya this is somewhat of off topic but I was wanting to know if blogs use WYSIWYG editors or if you have to manually code with HTML. I’m starting a blog soon but have no coding expertise so I wanted to get guidance from someone with experience. Any help would be enormously appreciated!|

An outstanding share! I have just forwarded this onto a co-worker who had been doing a little homework on this. And he actually ordered me breakfast due to the fact that I found it for him… lol. So allow me to reword this…. Thanks for the meal!! But yeah, thanks for spending some time to talk about this issue here on your internet site.

Good day! This post couldn’t be written any better! Reading through this post reminds me of my previous room mate! He always kept chatting about this. I will forward this article to him. Fairly certain he will have a good read. Thanks for sharing!|

Please let me know if you’re looking for a article writer for your weblog. You have some really great articles and I believe I would be a good asset. If you ever want to take some of the load off, I’d love to write some content for your blog in exchange for a link back to mine. Please blast me an e-mail if interested. Many thanks!|

Very good post! We will be linking to this great content on our site. Keep up the great writing.|

I do not know if it’s just me or if perhaps everyone else encountering problems with your site. It appears as if some of the written text in your content are running off the screen. Can somebody else please provide feedback and let me know if this is happening to them too? This might be a problem with my web browser because I’ve had this happen before. Cheers|

I’d like to thank you for the efforts you have put in penning this website. I’m hoping to view the same high-grade content by you in the future as well. In fact, your creative writing abilities has motivated me to get my own website now 😉

I blog frequently and I really thank you for your information. Your article has really peaked my interest. I’m going to bookmark your blog and keep checking for new information about once a week. I opted in for your RSS feed as well.

I used to be able to find good information from your blog posts.

Spot on with this write-up, I really believe that this website needs far more attention. Iíll probably be back again to read through more, thanks for the info!

hello!,I like your writing very much! share we communicate more about your article on AOL? I require an expert on this area to solve my problem. May be that’s you! Looking forward to see you.

A powerful share, I simply given this onto a colleague who was doing a little bit analysis on this. And he in truth bought me breakfast as a result of I discovered it for him.. smile. So let me reword that: Thnx for the treat! But yeah Thnkx for spending the time to debate this, I feel strongly about it and love reading more on this topic. If attainable, as you change into expertise, would you mind updating your blog with extra particulars? It’s extremely useful for me. Big thumb up for this blog post!

Hey! I know this is kinda off topic nevertheless I’d figured I’d ask. Would you be interested in exchanging links or maybe guest authoring a blog post or vice-versa? My website goes over a lot of the same subjects as yours and I believe we could greatly benefit from each other. If you are interested feel free to shoot me an e-mail. I look forward to hearing from you! Excellent blog by the way!

Hey! Would you mind if I share your blog with my zynga group? There’s a lot of folks that I think would really appreciate your content. Please let me know. Thank you

I’m often to blogging and i actually admire your content. The article has actually peaks my interest. I’m going to bookmark your site and hold checking for new information.

You need to be a part of a contest for one of the finest websites online. I will highly recommend this web site!

Wonderful web site. Plenty of useful information here. I’m sending it to several buddies ans also sharing in delicious. And of course, thanks to your effort!

Frio cases have the exact temperature needed to help keep in-use insulin alive, which is about 18 to 26 degrees Celsius. Remember that in-use insulin and the main one not being used are kept at different temperatures. Hence, this case is not too helpful for storing insulin that hasn’t been used yet.

Woah! I’m really digging the template/theme of this blog. It’s simple, yet effective. A lot of times it’s hard to get that “perfect balance” between superb usability and appearance. I must say you’ve done a great job with this. In addition, the blog loads extremely quick for me on Safari. Excellent Blog!

What’s up, its good paragraph concerning media print, we all know media is a wonderful source of data.|

Itís difficult to find experienced people on this topic, but you seem like you know what youíre talking about! Thanks