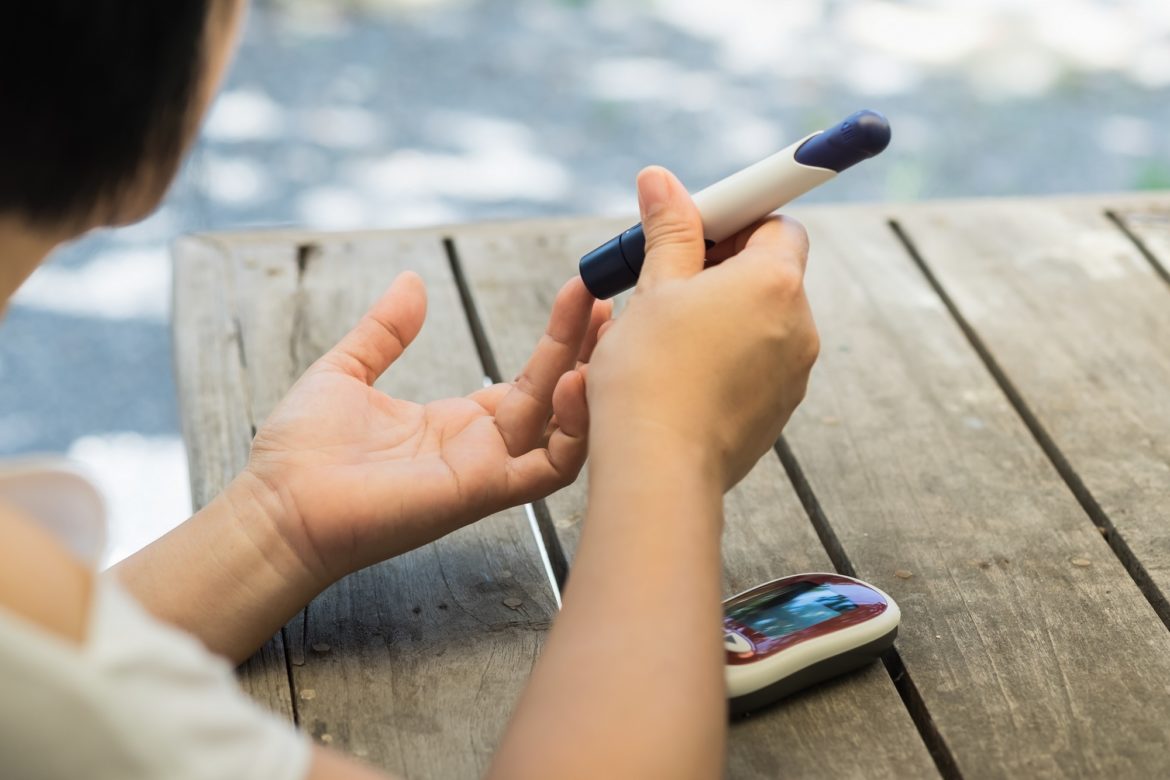 British Prime Minister Theresa May has type 1 diabetes, but was mistakenly diagnosed with type 2 when in her 50s.It’s not always easy – even for doctors – to tell if someone has type 1 or type 2 diabetes when they’re diagnosed as an adult. And a new study finds mistakes are common.

That’s what happened to British Prime Minister Theresa May when she was diagnosed with type 2 diabetes in 2012. She was in her 50s at the time. Despite having all of the symptoms common to type 1 diabetes, including rapid weight loss, her doctor initially said she had type 2 diabetes.

After the prescribed medications didn’t help, May’s doctor ran more tests and realised she had type 1 diabetes. Her daily regimen was quickly changed from oral medications to injections of the hormone insulin.

“My very first reaction was that it’s impossible because at my age you don’t get it,” May told Diabetes UK. “But then my reaction was: ‘Oh no, I’m going to have to inject’ and thinking about what that would mean in practical terms.”

So, how do doctors mix up the two conditions?

“In childhood, almost all diabetes is as a result of type 1 diabetes. After 30 years of age [there’s] a dramatic increase in type 2 diabetes, and type 1 represents less than 5% of all cases of diabetes, so trying to identify cases is like finding a needle in a haystack,” Thomas said. He’s a clinical academic fellow at the University of Exeter in England.

There’s also a common misconception that type 1 diabetes can only occur in children. But that’s not the case.

“Type 1 diabetes can occur at any age. Doctors need to be alert to the possibility of type 1 diabetes in situations where patients rapidly fail oral therapies,” Thomas added.

Type 1 diabetes is an autoimmune disease that leads the immune system to attack the insulin-producing cells in the pancreas, according to the US National Institute of Diabetes and Digestive and Kidney Diseases (NIDDK). Insulin plays a key role in metabolism by ushering sugars into the body’s cells to be used as fuel.

The exact cause of type 2 diabetes is still unknown, but excess weight and genetics are known to play a role, NIDDK says.

People with type 2 diabetes don’t use insulin properly. This makes the body produce more and more insulin. Eventually, the pancreas is unable to keep up, and people with type 2 may need insulin injections. However, type 2 can often be managed with lifestyle changes and oral medications. Twenty-one percent of those diagnosed after age 30 were found to have severe insulin deficiency, which researchers said confirmed a diagnosis of type 1. In this group, nearly 40% weren’t given insulin when they were first diagnosed. Almost half of the type 1 group said they had type 2 diabetes.

Dr Joel Zonszein, director of the clinical diabetes center at Montefiore Medical Center in New York City, wasn’t surprised that some people were being diagnosed incorrectly.

“Years ago, we used to see type 1 only in the young, and now we’re starting to see younger people with type 2. And type 1s are heavier than they used to be,” he said.

Plus, “diabetes classification is very generic, and not very good. Even a good endocrinologist can miss a diagnosis,” Zonszein said.

The number of incorrect diagnoses in the British study surprised him, however.

“They found 20%, and I thought it would be around 10%,” Zonszein said, adding that it could have something to do with the population differences between the United Kingdom and the United States.

The study was presented last week at a meeting of the European Association for the Study of Diabetes, in Berlin, Germany. Studies presented at meetings are usually considered preliminary until published in a peer-reviewed journal.

Is it time for assisted living? 6 Signs...

Where should you get your nutrient fix –...

What are Smart Inhalers?

Exercise can improve sleep quality even when you...

I want to to thank you for this excellent read!! I certainly loved every bit of it. I have got you saved as a favorite to check out new stuff you post…|

What’s up, this weekend is pleasant in favor of me, as this moment i am reading this enormous informative piece of writing here at my house.|

[…]one of our visitors not long ago suggested the following website[…]

Spot on with this write-up, I actually feel this web site needs far more attention. Iíll probably be back again to see more, thanks for the information!

bookmarked!!, I love your blog!

What’s up, its good post on the topic of media print, we all understand media is a impressive source of facts.|

[…]we like to honor many other web web sites around the internet, even though they aren’t linked to us, by linking to them. Underneath are some webpages worth checking out[…]

Way cool! Some very valid points! I appreciate you penning this write-up plus the rest of the website is also really good.

[…]Wonderful story, reckoned we could combine a number of unrelated data, nevertheless seriously worth taking a look, whoa did a single master about Mid East has got much more problerms also […]

Very nice write-up. I definitely appreciate this website. Stick with it!

Greetings! Very useful advice within this post! It is the little changes that will make the largest changes. Many thanks for sharing!

[…]we like to honor a lot of other world wide web web pages on the net, even when they aren’t linked to us, by linking to them. Beneath are some webpages worth checking out[…]

I blog frequently and I genuinely appreciate your content. This great article has truly peaked my interest. I will take a note of your website and keep checking for new information about once a week. I subscribed to your RSS feed too.

Hey there! Do you use Twitter? I’d like to follow you
if that would be okay. I’m definitely enjoying your blog and look forward to
new posts.

You are so great thanks

Hi it’s me, I am also visiting this site daily, this web page is actually fastidious and the users are genuinely sharing good thoughts.|

You’re so cool! I don’t think I’ve read something like that before. So great to discover someone with some original thoughts on this topic. Seriously.. many thanks for starting this up. This site is one thing that is needed on the web, someone with a little originality!

Its like you read my mind! You seem to know so much about this, like you wrote the book in it or something.
I think that you can do with a few pics to drive the message home a little bit, but
other than that, this is great blog. A great read.
I’ll certainly be back.

I’ve read some good stuff here. Definitely worth bookmarking for revisiting. I wonder how much effort you put to make such a fantastic informative web site.

You made some really good points there. I checked on the internet for additional information about the issue and found most people will go along with your views on this web site.

Hi, I would like to subscribe for this webpage to take most recent updates, therefore where can i do it please help out.|

Saved as a favorite, I love your web site!

Hi there! I’m at work browsing your blog from my new iphone 3gs! Just wanted to say I love reading your blog and look forward to all your posts! Keep up the superb work!|

Great post. I will be dealing with a few of these issues as well..

I simply wanted to thank you so much once again. I am not sure the things I would have taken care of in the absence of those methods provided by you relating to such field. Entirely was the horrifying situation in my opinion, however , discovering this professional tactic you managed it forced me to jump with fulfillment. I am grateful for this support and then hope you are aware of an amazing job that you are carrying out teaching the rest with the aid of your blog post. Probably you’ve never got to know all of us.

When I initially commented I clicked the “Notify me when new comments are added” checkbox and now each time a comment is added I get four emails with the same comment. Is there any way you can remove me from that service? Many thanks!

You made some really good points there. I checked on the internet for additional information about the issue and found most individuals will go along with your views on this site.

Hi there just wanted to give you a brief heads up and let you know a few of the pictures aren’t loading correctly. I’m not sure why but I think its a linking issue. I’ve tried it in two different web browsers and both show the same results.|

Wonderful article! We will be linking to this great article on our site. Keep up the great writing.

Everything is very open with a clear explanation of the issues. It was definitely informative. Your site is very useful. Thank you for sharing!

An impressive share! I’ve just forwarded this onto a colleague who has been conducting a little research on this. And he actually ordered me breakfast due to the fact that I stumbled upon it for him… lol. So let me reword this…. Thank YOU for the meal!! But yeah, thanks for spending the time to talk about this subject here on your internet site.

I blog quite often and I truly appreciate your content. The article has really peaked my interest. I am going to book mark your website and keep checking for new information about once a week. I subscribed to your RSS feed as well.

This page really has all of the information and facts I needed about this subject and didnít know who to ask.

I have read so many posts regarding the blogger lovers except this post is really a good piece of writing, keep it up.|

This is a topic that’s close to my heart… Best wishes! Where are your contact details though?

Iím impressed, I have to admit. Rarely do I come across a blog thatís equally educative and engaging, and let me tell you, you have hit the nail on the head. The problem is something too few men and women are speaking intelligently about. I am very happy that I came across this during my search for something relating to this.

Howdy, I think your website may be having browser compatibility problems. Whenever I take a look at your site in Safari, it looks fine however when opening in I.E., it has some overlapping issues. I simply wanted to provide you with a quick heads up! Apart from that, great site!

Thanks for your marvelous posting! I quite enjoyed reading it, you might be a great author. I will ensure that I bookmark your blog and will often come back in the future. I want to encourage that you continue your great writing, have a nice day!|

I was able to find good info from your blog articles.

Thanks to my father who informed me concerning this blog, this webpage is actually remarkable. http://herreramedical.org/aurogra