This World Malaria Day, we’re ready to beat malaria – are you? 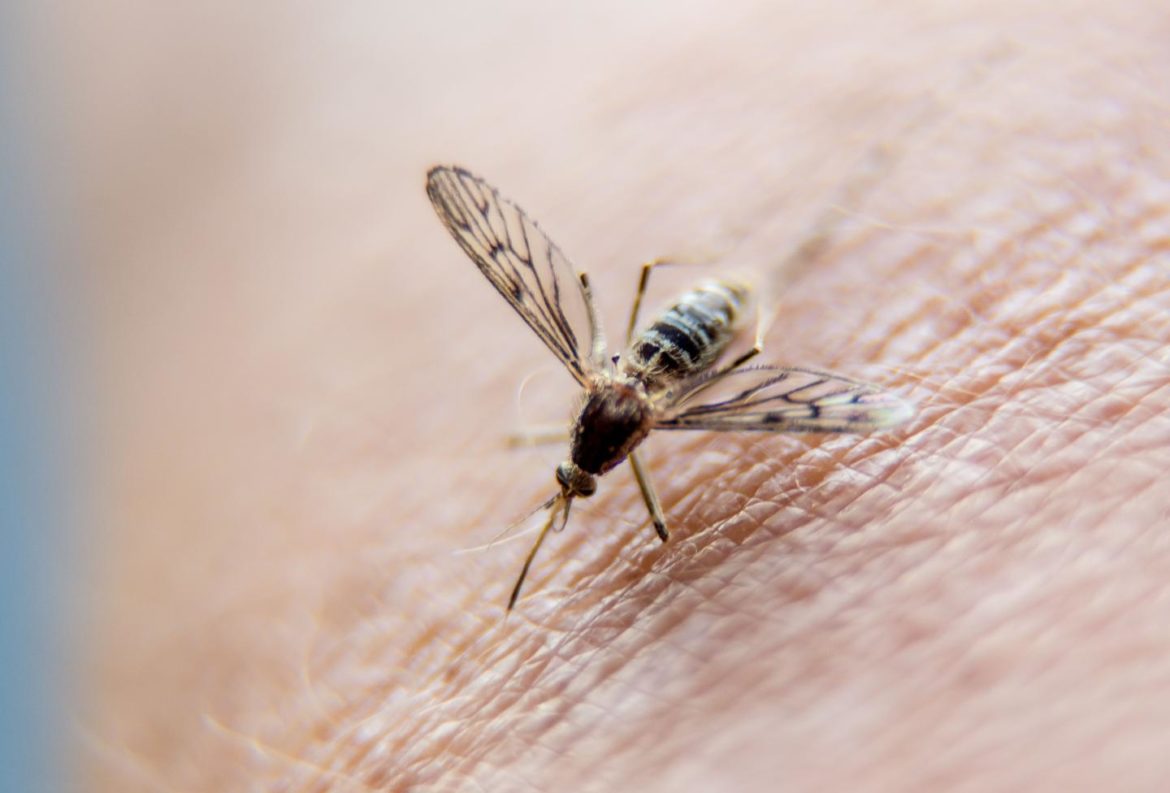 Activities take place across the world to celebrate progress against malaria and encourage political, scientific and personal commitments to end the disease for good.

25th April marks the tenth World Malaria Day and the culmination of a month of worldwide action against the disease at a time when global malaria cases are on the rise for the first time in a decade.

With the rallying call ‘Ready to Beat Malaria’, the RBM Partnership to End Malaria is encouraging governments, health bodies, private sector companies and the public to accelerate progress against malaria, making this World Malaria Day even more vital.

“After a decade of success in pushing back malaria, it is on the rise again and will come back with a vengeance if we do not act decisively now,” warns Dr Kesete Admasu, CEO of the RBM Partnership to End Malaria.

Dr Kesete Admasu adds: “Half the world is still threatened by malaria, an entirely preventable, treatable disease which takes a child’s life every two minutes. Worldwide action is needed to meet the 2030 target of reducing malaria cases by at least 90%. We are delighted that more countries than ever, forty-four, are reporting less than 10,000 cases, however we must ensure we continue to press forward to end malaria – not only in high-burden nations but also those on track to eliminate the disease. It is our global responsibility to consign malaria to the history books.”

Dr Winnie Mpanju-Shumbusho, RBM Partnership Board Chair comments; “This month has seen world leaders come together to renew commitments to step up funding and speed up innovations against the disease. It has been a truly momentous time in the fight against malaria, but the battle is not yet won. We also need citizen and community action around the world to drive momentum towards reaching global targets.

“The malaria fight is at a crossroads and we could be the generation to end the disease for good. If we don’t seize the moment now, our hard-won gains will be lost. We’re ready to beat malaria – are you?”

Dr Tedros Adhanom Ghebreyesus, Director-General of the World Health Organization, says: “World Malaria Day reminds us of the challenges that remain. The declining trend in malaria cases and deaths has stalled and vital funding for malaria programmes has flat lined. If we continue along this path, we will lose the gains for which we have fought so hard.

“We call on countries and the global health community to close the critical gaps in the malaria response. Together we must ensure that no one is left behind in accessing lifesaving services to prevent, diagnose and treat malaria.”

World Malaria Day comes on the heels of two major malaria events – the Commonwealth Heads of Government meeting, where UK Prime Minister Theresa May and other Commonwealth leaders made a commitment to halve malaria burden across 53 member countries by 2023 in response to the London Malaria Summit. In addition, the Multilateral Initiative on Malaria (MIM) conference in Dakar brought together scientists and researchers from across Africa to share the latest innovations in the fight against the disease.

The day has also inspired creativity from RBM Partnership partners worldwide, from music videos by the Nigeria National Malaria Elimination Program to Japanese traditional theatre performances from Malaria No More Japan. Other exciting events taking place across the globe to celebrate World Malaria Day include:

Find out more about the events taking place to you at worldmalariaday2018.org/worldwide-activities/

Why do we need to beat malaria?

With renewed focus and commitment, we can be the generation to end one of the oldest and deadliest diseases in human history.

To arrange an interview or briefing please contact the RBM Partnership press office at Grayling on RBMPartnership@grayling.com or call +44 (0) 20 3861 3747.

About the RBM Partnership to End Malaria

The RBM Partnership to End Malaria is the largest global platform for coordinated action against malaria. Originally established as Roll Back Malaria (RBM) Partnership in 1998, it mobilises for action and resources and forges consensus among partners. The Partnership is comprised of more than 500 partners, including malaria endemic countries, their bilateral and multilateral development partners, the private sector, nongovernmental and community-based organisations, foundations, and research and academic institutions.

Pregnancy gap should be at least a year – researchers

Diabetes and dementia can be a deadly combination

Digestive problems getting you down?

Hi there, I do believe your web site could possibly be having web browser compatibility problems. When I take a look at your website in Safari, it looks fine however, if opening in I.E., it’s got some overlapping issues. I just wanted to give you a quick heads up! Besides that, fantastic site!

I was able to find good info from your articles.

Hey there! I simply wish to offer you a big thumbs up for your great information you have got here on this post. I’ll be returning to your blog for more soon.

This blog was… how do you say it? Relevant!! Finally I’ve found something that helped me. Kudos!

Way cool! Some very valid points! I appreciate you penning this post and also the rest of the site is very good.

Great information. Lucky me I recently found your site by accident (stumbleupon). I’ve book-marked it for later!

I’m really enjoying the theme/design of your weblog.
Do you ever run into any internet browser compatibility issues?

A handful of my blog audience have complained about my
website not working correctly in Explorer but looks great in Safari.

Do you have any recommendations to help fix this issue?

Excellent post. I certainly appreciate this site. Stick with it!

I must thank you for the efforts you have put in penning this website. I am hoping to see the same high-grade blog posts from you later on as well. In fact, your creative writing abilities has encouraged me to get my very own site now 😉

That is very fascinating, You’re a very professional blogger.

I have joined your rss feed and sit up for in quest of
more of your excellent post. Additionally, I have shared your website in my social networks

After looking into a number of the blog articles on your website, I truly like your way of blogging. I book marked it to my bookmark site list and will be checking back in the near future. Please visit my web site as well and tell me your opinion.

I was able to find good advice from your content.

I really like looking through an article that can make men and women think. Also, many thanks for permitting me to comment!

Your style is so unique compared to other people I have read stuff from. I appreciate you for posting when you’ve got the opportunity, Guess I’ll just bookmark this web site.

Hello, I do think your site might be having browser compatibility problems. When I look at your web site in Safari, it looks fine however when opening in I.E., it has some overlapping issues. I simply wanted to provide you with a quick heads up! Aside from that, excellent website!

May I simply say what a comfort to uncover somebody who really knows what they are discussing on the web. You certainly know how to bring an issue to light and make it important. A lot more people have to check this out and understand this side of your story. I can’t believe you are not more popular since you surely have the gift.

You have made some really good points there. I looked on the internet for more info about the issue and found most individuals will go along with your views on this site.

Hi, I do think this is an excellent web site. I stumbledupon it 😉 I may revisit once again since I bookmarked it. Money and freedom is the best way to change, may you be rich and continue to help others.

you’re really a good webmaster. The site loading speed is amazing. It seems that you are doing any unique trick. Also, The contents are masterpiece. you have done a wonderful job on this topic!

Hi, I do believe this is an excellent site. I stumbledupon it 😉 I will come back yet again since i have book-marked it. Money and freedom is the greatest way to change, may you be rich and continue to help other people.

I discovered your weblog web site on google and test a couple of of your early posts. Proceed to keep up the excellent operate. I simply further up your RSS feed to my MSN News Reader. In search of forward to studying extra from you afterward!…

Itís nearly impossible to find knowledgeable people in this particular topic, however, you seem like you know what youíre talking about! Thanks

Having read this I thought it was extremely enlightening. I appreciate you spending some time and energy to put this content together. I once again find myself spending way too much time both reading and posting comments. But so what, it was still worthwhile!

I have to thank you for the efforts you have put in penning this blog. I’m hoping to check out the same high-grade content by you later on as well. In truth, your creative writing abilities has motivated me to get my own, personal website now 😉

I must thank you for the efforts you have put in penning this site. I really hope to see the same high-grade content by you in the future as well. In truth, your creative writing abilities has inspired me to get my own, personal website now 😉

You made some really good points there. I checked on the internet for more information about the issue and found most people will go along with your views on this website.

Oh my goodness! Awesome article dude! Thanks, However I am encountering troubles with your RSS. I donít understand the reason why I cannot join it. Is there anyone else having identical RSS issues? Anyone that knows the solution can you kindly respond? Thanks!!

I blog frequently and I seriously thank you for your content. Your article has really peaked my interest. I will bookmark your website and keep checking for new details about once a week. I opted in for your Feed as well.

Way cool! Some very valid points! I appreciate you writing this post and the rest of the site is very good.

Everyone loves it when people get together and share ideas. Great site, keep it up!

Oh my goodness! Amazing article dude! Thank you so much, However I am encountering issues with your RSS. I donít understand the reason why I cannot subscribe to it. Is there anybody else having the same RSS issues? Anyone who knows the answer will you kindly respond? Thanx!!

Your style is so unique in comparison to other folks I have read stuff from. Thank you for posting when you’ve got the opportunity, Guess I will just book mark this page.

Wow that was unusual. I just wrote an very long comment but after I clicked submit my comment didn’t
show up. Grrrr… well I’m not writing all that over again. Anyhow, just wanted to say fantastic blog!