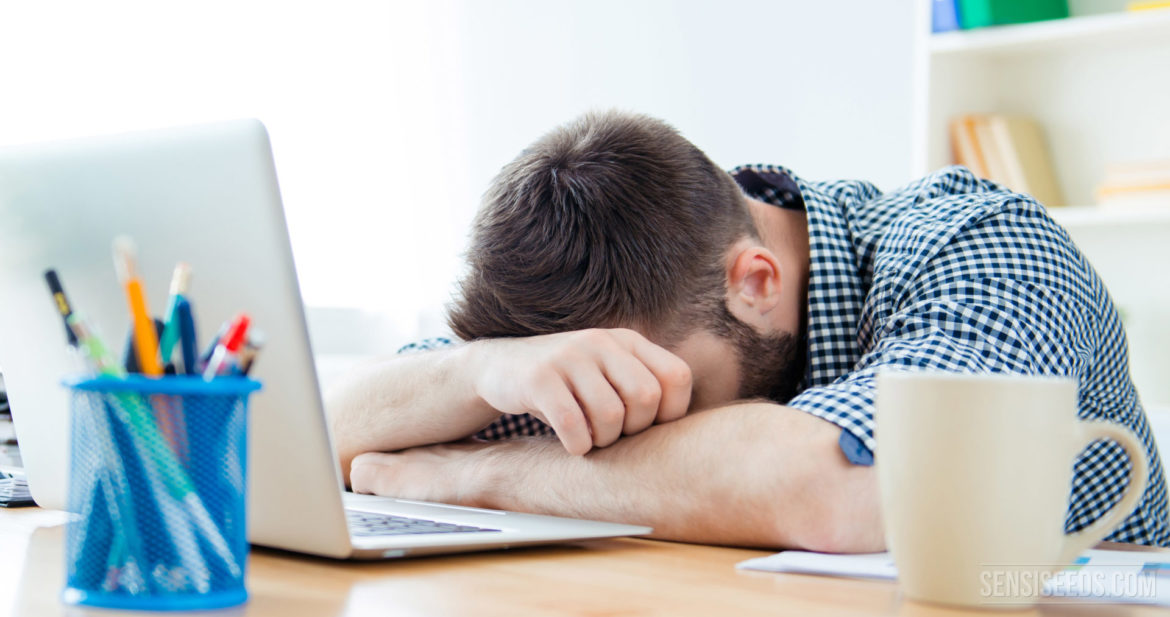 Office jobs have us chained to our desks. Here’s why it’s vital to get up every hour or so. Get up and get moving: Sitting too much may kill you even if you exercise regularly.

If you sit for six hours a day or more, your risk of dying early jumps 19%, compared with people who sit fewer than three hours, an American Cancer Society study suggests.

“The simple message is that we should be moving more,” said lead researcher Alpa Patel, strategic director of the cancer society’s prevention study-3.

The report was published in the American Journal of Epidemiology.

“The less sitting you do, the better it is for you,” she said. “Breaking up an hour of sitting with 2 minutes of standing or light activity can improve cholesterol, blood sugar, and blood pressure.”

The study couldn’t prove cause and effect, but it’s clear that Americans are spending more time in their seats – watching TV, working and playing on computers and smartphones. With age, people sit more, and people with chronic disease have even more sedentary time, the researchers noted.

An Australian study estimated that 90% of the non-working time was sedentary and that more than half of it was spent watching TV or sitting at computers.

It’s not clear why prolonged sitting is unhealthy, Patel said. It’s possible that people who spend a lot of time on the couch also have other unhealthy behaviors, such as excess snacking, she suggested.

In addition, prolonged sitting has been linked to higher levels of triglycerides, blood sugar, blood pressure and insulin. Sitting has also been tied to inflammation caused by obesity.

These consequences might explain why sitting was linked with death from heart, liver and kidney disease, as well as cancer, diabetes, and COPD, Patel said.

It’s less clear why death from suicide, Parkinson’s and Alzheimer’s, as well as nervous and musculoskeletal disorders, seems associated with sitting. For these, she said, it’s possible that the conditions themselves result in more sedentary time.

The increased mortality risk differed by disease, ranging from 10% for cancer to 60% for musculoskeletal disease, Patel said.

For the study, Patel’s team collected data on nearly 128 000 men and women who were part of an American Cancer Society prevention study. At the start of the study, all were free of major chronic diseases. During 21 years of follow-up, nearly 49 000 people died.

Dr. David Katz, director of the Yale-Griffin Prevention Research Center in Derby, Connecticut, said, “We have known for some time now that sitting for extended periods daily is injurious to health.”

He noted that this study links excessive sitting to an increased risk of dying early from an array of causes – everything from heart disease to suicide.

“Does this mean that sitting excessively increases suicide risk? That seems implausible,” Katz said. “Perhaps depressed people lack the motivation to get up and go out. But then again, we know that routine activity is important to mental health, so some contribution of sedentariness to the severity of depression is not out of the question.”

Even though more study is needed to figure out why sitting appears to boost the risk of early death, what to do about it is no mystery, he said.

“The remedy is at hand – stand up, stretch, walk around; repeat often,” said Katz.

Smoking dagga once a week? It could lead to this health issue

How safe are probiotics?

How to be environment-friendly during periods

10 natural remedies for when you have a...

A headache can hurt more than just your...

Suspect your child has an ear infection? There...

What is the coronavirus and how worried should...

New NHI bill will change which hospitals you...

Multivitamins ‘of no benefit’ to heart health

[…]Wonderful story, reckoned we could combine a few unrelated information, nevertheless truly really worth taking a search, whoa did one understand about Mid East has got additional problerms at the same time […]

[…]we came across a cool web-site that you just might appreciate. Take a search if you want[…]

[…]Every once inside a while we pick out blogs that we study. Listed beneath are the most recent web pages that we opt for […]

This page really has all the information I wanted concerning this subject and didnít know who to ask.

Right here is the perfect website for everyone who wants to find out about this topic. You understand so much its almost hard to argue with you (not that I really will need toÖHaHa). You definitely put a fresh spin on a topic which has been written about for years. Great stuff, just great!

Everything is very open with a precise explanation of the issues. It was really informative. Your site is very useful. Thank you for sharing!

For hottest information you have to pay a quick visit internet and on the web I found this website as a finest web site for newest updates.|

I’m very happy to discover this website. I want to to thank you for your time for this fantastic read!! I definitely loved every bit of it and i also have you book marked to look at new stuff in your website.

[…]we came across a cool internet site that you simply may well enjoy. Take a appear for those who want[…]

[…]please take a look at the sites we adhere to, like this one, because it represents our picks through the web[…]

[…]although websites we backlink to below are considerably not connected to ours, we feel they are really worth a go by, so possess a look[…]

Pipelines made use of in the conveying of liquids at various stress, temperatures and also atmosphere conditions, as well as chemical as well as petrochemical sector procedures.

Hey there! I realize this is sort of off-topic but I needed to ask. Does managing a well-established blog like yours take a large amount of work? I’m brand new to writing a blog but I do write in my journal everyday. I’d like to start a blog so I will be able to share my personal experience and views online. Please let me know if you have any kind of recommendations or tips for brand new aspiring blog owners. Thankyou!|

[…]although web sites we backlink to below are considerably not related to ours, we feel they’re in fact really worth a go via, so have a look[…]

Major thanks for the blog post.Really thank you! Really Great.

Thanks for sharing such a pleasant thought, paragraph is fastidious, thats why i have read it fully|

I value the article post.Much thanks again. Much obliged.

I used to be able to find good advice from your articles.

A motivating discussion is worth comment. I do think that you need to write more about this topic, it might not be a taboo subject but generally folks don’t discuss such subjects. To the next! Many thanks!!

This is a great tip particularly to those fresh to the blogosphere. Short but very precise informationÖ Thanks for sharing this one. A must read article!

Great post. I’m experiencing some of these issues as well..

I do not even know how I ended up here, but I thought this post was great. I do not know who you are but certainly you’re going to a famous blogger if you aren’t already 😉 Cheers!|

Asking questions are genuinely pleasant thing if you are not understanding something entirely, but this post offers nice understanding yet.|

I need to to thank you for this excellent read!! I certainly loved every little bit of it. I have got you saved as a favorite to check out new stuff you postÖ

When someone writes an article he/she keeps the plan of a user in his/her brain that how a user can know it. Thus that’s why this article is amazing. Thanks!|

I cherished up to you will obtain carried out proper here. The sketch is attractive, your authored subject matter stylish. however, you command get got an edginess over that you want be handing over the following. unwell certainly come further beforehand once more as precisely the same just about very regularly inside case you shield this hike.

you may have an excellent weblog right here! would you wish to make some invite posts on my weblog?

Write more, thats all I have to say. Literally, it seems as though you relied on the video to make your point. You definitely know what youre talking about, why throw away your intelligence on just posting videos to your weblog when you could be giving us something informative to read?

Your style is unique compared to other people I’ve read stuff from. I appreciate you for posting when you have the opportunity, Guess I will just bookmark this page.

I’ve been exploring for a little bit for any high-quality articles or weblog posts on this sort of space . Exploring in Yahoo I eventually stumbled upon this web site. Studying this information So i am satisfied to express that I’ve an incredibly excellent uncanny feeling I came upon exactly what I needed. I such a lot undoubtedly will make certain to do not overlook this site and give it a look on a relentless basis.

Thanks so much for giving everyone such a terrific possiblity to read articles and blog posts from this web site. It really is very awesome and stuffed with fun for me and my office mates to search your site on the least 3 times a week to see the newest stuff you have. Not to mention, we’re always impressed concerning the dazzling secrets you serve. Selected 1 tips in this article are easily the best we have had.

A round of applause for your article.Much thanks again.

You have made some really good points there. I checked on the net to find out more about the issue and found most people will go along with your views on this website.