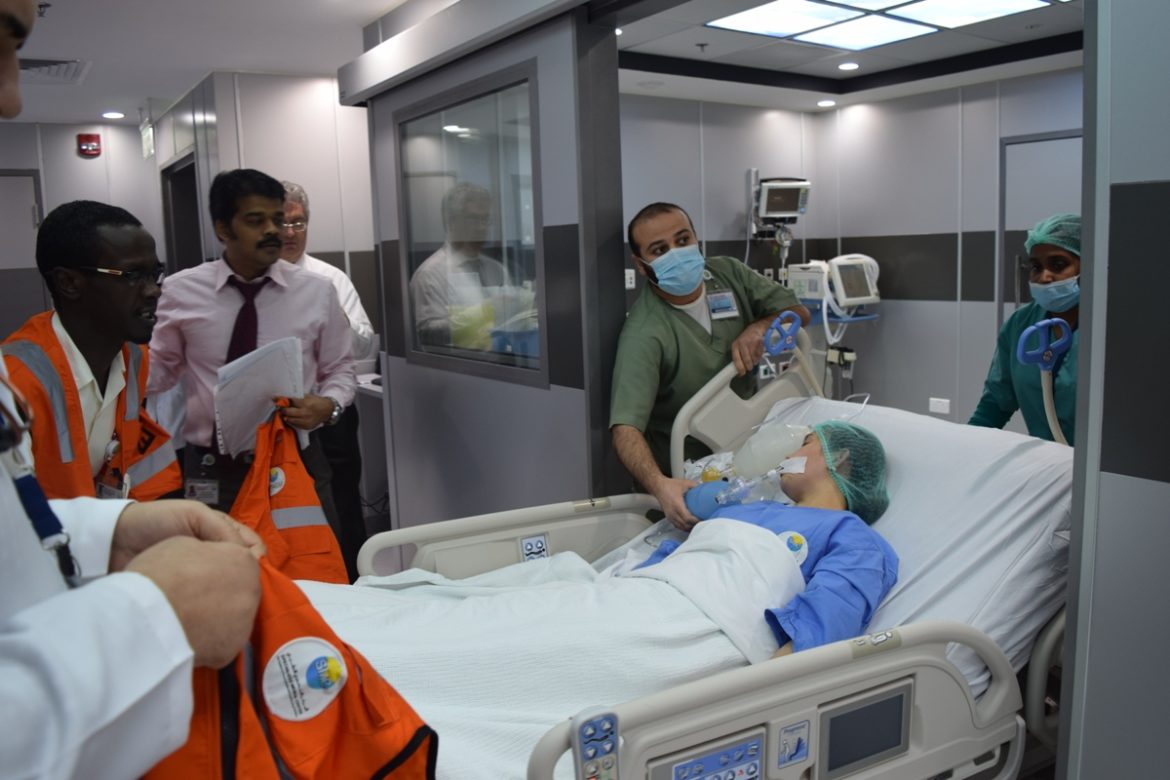 Universal health care is a laudable objective. It is the dream of every South African who doesn’t have a stony heart and a comfortably insulating bank balance. Unfortunately, it’s just not clear who the hell is going to do the actual caring.

In a country where there is already an acute shortage of doctors and nurses, the authorities are doing their very best to get rid of those who remain. Two recent departures have hit the headlines.

HIV expert Dr Francoise Louis, one of the first practitioners in South Africa to prescribe anti-retrovirals in defiance of government disapproval, has just returned to France after a seven-year struggle to register to practise.

The final straw was an HPCSA (Health Professions Council of South Africa) demand that she produce a “certificate of mentorship” from the university where she qualified – a document that simply doesn’t exist in the French system.

Another is Uganda-trained Dr Michael Ribeiro, one of fewer than 20 surgeons in South Africa qualified to perform reconstructive microsurgery on hands. He was forced to work without a salary for eight years in the public sector, as the Health Department does not allow non-South African registrars to be paid while they doing their specialisation.

The final straw for Ribeiro was the HPCSA’s obstructiveness and incompetence when he applied to open an independent practice and to do a mix of public and private work. After 11 years of frustration and despite raising two children here, he is now leaving for Kenya.

These elite doctors are leaving not because they are seeking greener pastures – more money, better working conditions, physical security – but because the HPCSA made their work impossible.

Of course, the HPCSA must guard against South Africa being flooded by poorly trained foreign doctors. But it insists on absurdly stringent regulations, including that foreign-trained specialists and general practitioners first undergo protracted further education in South Africa, before being allowed to practise.

Anele Yawa, the general secretary of the Treatment Action Campaign, which has called on the government to curb the powers of the HPCSA, described the process as “flawed and unnecessary”.

“How do you explain a situation where a qualified doctor with a 10-year service record overseas now has to go to school for two to three years in South Africa?”

In contrast, the UK, which has a vastly better resourced health care set-up, is doing the best it can to make it possible for highly skilled professionals to work there.

It has just announced that there will no longer be any restriction on the number of doctors and nurses who can apply for skilled worker visas.

To aggravate our home-grown problem, the HPCSA is dysfunctional. And that’s not journalistic hyperbole. That was the main finding of a ministerial task team appointed by Health Minister Dr Aaron Motsoaledi in 2015 to investigate allegations of maladministration, irregularities, mismanagement and poor governance at the HPCSA.

In response, the HPCSA simply showed Motsoaledi the middle finger, saying that the findings were “recommendations” and “advice” that did not necessarily have to be acted upon.

The top executives, instead of facing disciplinary inquiries for incompetence and criminal prosecution for corruption, got golden handshakes to leave. While there’s now a new executive in place, the organisational culture of obstructiveness remains unchanged.

Not that the government is any better than the HPCSA in creating an environment that draws and retains skills.

Its indifference to the concerns expressed by medical professional bodies, as regards the manner in the which the proposed National Health Insurance (NHI) system will be implemented, is going to have grave consequences.

This would make catastrophic what is an already dire situation.

Sasa points out that global minimum standard is to have at least five specialist anaesthesiologists per 100 000 people. In South Africa, the current situation is 2.51 per 100 000 overall, dropping to 0.9 in the public sector.

As it stands now, the proposed NHI is “(not) a viable option and could create harm. We might just not have the capacity to service the entire population’s patients and then we are just left with people lying in hospitals.”

The ANC government and its tripartite alliance do not want to hear this. Criticism of, or scepticism towards, the NHI is viewed as treachery and greed.

Trade union federation Cosatu has called on the government to ignore the critics: “We will not allow these funded lobbyists to distract,” its spokesperson said this week.

Cosatu merely takes its cue from Motsoaledi, who recently announced that opposition to the NHI is “orchestrated by the medical aids”.

That’s an astonishingly, gratuitously insulting remark from a minister of health towards the stakeholder groups whose co-operation and commitment he needs so desperately.

We should remember his words when cabinet ministers and top government officials start flying to Singapore, London and Beijing for medical treatment.

** The views expressed are here not those of Independent Media

THE INDEPENDENT ON SATURDAY

How to get enough vitamin D during winter

An avocado a day keeps the heart doctor...

Trio of top male singers use voices to...

Not feeling festive this holiday? Here’s how to...

[…]please go to the web sites we follow, such as this a single, as it represents our picks through the web[…]

There is definately a great deal to know about this subject. I love all the points you have made.

After looking at a few of the articles on your web site, I truly like your way of writing a blog. I added it to my bookmark site list and will be checking back soon. Take a look at my web site as well and tell me how you feel.

Hey would you mind letting me know which web host you’re using? I’ve loaded your blog in 3 completely different web browsers and I must say this blog loads a lot quicker then most. Can you suggest a good hosting provider at a honest price? Kudos, I appreciate it!|

Line pipeline is a type of steel pipe that is made use of for delivering products through pipes across the nation. Line pipe can be made use of to deliver petroleum, gas, oil, and also water.

Hey! I know this is kinda off topic but I was wondering if you knew where I could locate a captcha plugin for my comment form? I’m using the same blog platform as yours and I’m having difficulty finding one? Thanks a lot!

Hi it’s me, I am also visiting this site on a regular basis, this web site is truly nice and the viewers are in fact sharing fastidious thoughts.|

I loved your blog.Really looking forward to read more. Cool.

Hi! I could have sworn Iíve visited this web site before but after going through some of the posts I realized itís new to me. Anyways, Iím definitely happy I found it and Iíll be book-marking it and checking back often!

I got this website from my friend who told me on the topic of this web site and at the moment this time I am browsing this site and reading very informative content at this time.|

AMERICAN Steel Pipe has actually been generating line pipeline for a range of applications considering that 1963. Our Birmingham, Alabama, center houses the latest in innovation in 2 mills and two refining centers.

It’s perfect time to make a few plans for the longer term and it’s time to be happy. I’ve read this publish and if I may just I want to counsel you few interesting issues or advice. Maybe you could write subsequent articles referring to this article. I desire to read more issues about it!|

I have been browsing online more than three hours today, yet I never found any interesting article like yours. It is pretty worth enough for me. In my view, if all web owners and bloggers made good content as you did, the web will be much more useful than ever before.

I must get across my admiration for your kind-heartedness supporting men and women that need assistance with your subject matter. Your real commitment to getting the solution throughout was amazingly valuable and has continually empowered women just like me to attain their ambitions. Your own important report entails a whole lot to me and further more to my colleagues. Regards; from all of us.

I want to show appreciation to you for bailing me out of such a problem. After exploring throughout the the net and finding notions that were not beneficial, I was thinking my entire life was done. Being alive minus the answers to the issues you’ve resolved by way of the short article is a crucial case, and the kind which may have adversely affected my entire career if I hadn’t discovered your web blog. Your good capability and kindness in maneuvering every part was priceless. I don’t know what I would’ve done if I hadn’t discovered such a thing like this. It’s possible to at this moment look forward to my future. Thank you very much for this impressive and sensible help. I will not think twice to suggest the website to anybody who should get tips on this area.

I do agree with all the ideas you’ve presented in your post. They’re really convincing and will definitely work. Still, the posts are very short for newbies. Could you please extend them a bit from next time? Thanks for the post.

Spot on with this write-up, I truly think this amazing site needs a lot more attention. Iíll probably be returning to see more, thanks for the information!

Everything is very open with a clear description of the issues. It was definitely informative. Your site is useful. Thanks for sharing!

Frio cases have the precise temperature needed to keep in-use insulin alive, which is around 18 to 26 degrees Celsius. Remember that in-use insulin and the one not in use are kept at different temperatures. Hence, this case is not too ideal for storing insulin that hasn’t been used yet.

Today, I went to the beach with my children. I found a sea shell and gave it to my 4 year old daughter and said “You can hear the ocean if you put this to your ear.” She placed the shell to her ear and screamed. There was a hermit crab inside and it pinched her ear. She never wants to go back! LoL I know this is entirely off topic but I had to tell someone!|