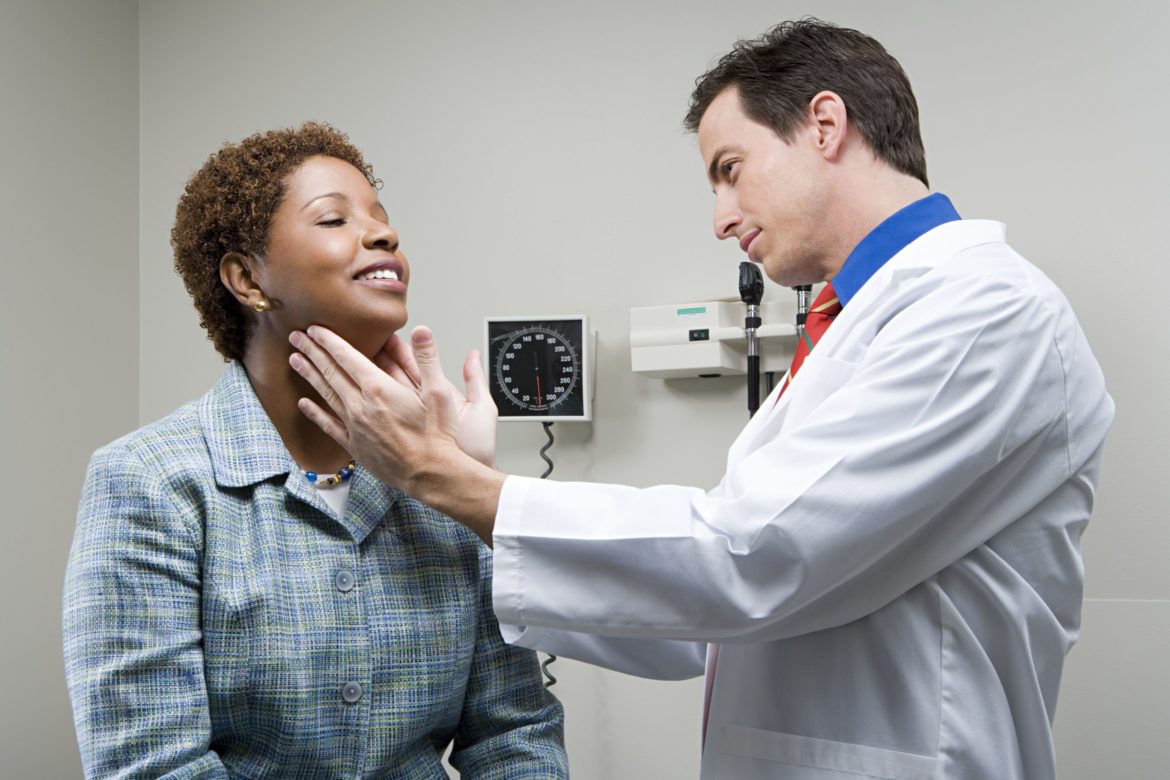 A study seeking an alternative for antibiotic treatment for a sore throat found that only one-third of patients improved on steroids. Steroids are powerful drugs that may not be the right medicine for a sore throat – an ailment that will go away by itself or respond to simple home treatment.

Now research is proving that this is indeed the case… Researchers seeking new sore throattreatments report only modest success with a single dose of a steroid medication.

Not rushing to prescribe the drugs

Concerns about growing bacterial resistance to antibiotics have led scientists to look for alternative therapies for sore throat, a common reason for doctor visits. In this new British study, a steroid medication led to improvement in about one-third of patients with sore throat.

The study results were published in the Journal of the American Medical Association.But, two US physicians said they aren’t rushing to prescribe the drugs on the basis of these results.

“Most sore throats are relatively simple, but some are relatively dangerous, and people can die or end up in the ICU,” said Centor, who wasn’t involved in the study. “Steroids could suppress the symptoms that would give you a clue that something bad is going on.”

Sore throat is especially common in children and younger adults, Centor said. “A lot of sore throats are viral, and [patients] usually have a cough and not much of a fever. Patients can usually still swallow food.”

Physicians may prescribe antibiotics for sore throats, although they have no effect on viral infections, only bacterial ones. Alternatives are needed that reduce both symptoms of sore throats and antibiotic usage, the study authors said in background notes.

The new study looks at a steroid – a drug designed to dampen immune system responses. Researchers led by Gail Nicola Hayward, of the University of Oxford, analysed the effects of a single dose of dexamethasone. Similar steroids include prednisone and methylprednisolone.

The researchers randomly assigned 565 adults in England with a sore throat that didn’t require an antibiotic to take a large dose of dexamethasone (10 milligrams) or a placebo. Half the patients were younger than 34. At 24 hours, the 288 patients who took the medication fared about the same as the 277 who didn’t. But at 48 hours, more than one-third of those who took the drug – 102 – had recovered.

The study authors called this a “significant difference”. According to Centor, US physicians don’t often prescribe steroids for sore throats, although some emergency rooms and urgent care centres appear to do so. “It’s not standard treatment or in any guideline, but these people say, ‘Well we can make them feel better. How could a couple days of steroids even hurt?’ ”

But there’s a risk that the drugs could hide symptoms that something serious is going on, Centor said.

Side effects from steroids are also possible but rare, according to Dr Jeffrey Linder of Northwestern University School of Medicine in Chicago. “They include increased blood pressure, increased blood sugar, fluid retention,” he said.

There are also studies that show that steroid use can be detrimental to your mental health and the effects will only become apparent many years later, according to a Health24 article. These include depression, concentration problems and aggressive behaviour.

“They could be significant for people at risk for diabetes complications and at risk for cardiovascular disease,” said Linder, chief of the division of general internal medicine and geriatrics.

Linder, who wasn’t involved in the research, noted that only about one-third of the steroid takers in the study actually got better within two days.

“This is a well-done study and again, it is negative. I don’t think patients go to the doctor expecting to get a treatment that is only going to give them a one in three chance of complete resolution of their symptoms within two days,” he said.

So what should patients with a sore throat do?

Centor recommended taking a painkiller such as aspirin, acetaminophen (paracetamol), ibuprofen(Advil) or naproxen (Aleve) if “you have enough pain that you feel like you don’t want to put up with it.”

Sore throats should improve within three to five days, he said, and they should not get worse. Contact your doctor, he added, if you have a significant fever, not much of a cough and difficulty swallowing, since that might be a sign of a bacterial infection.

You should also be concerned if your neck swells or you develop a chill so strong that it makes your teeth chatter, accompanied by a drenching sweat. “This is a hallmark that it’s a no longer sore throat and is something much more serious,” Centor said.

The severity of similar or serious symptoms will indicate the need to consult a doctor.

How exercise affects our memory

How can you make a difference in the...

Why enough sleep is important for your heart...

‘It is not doctor’s duty to kill’: Euthanasia...

That is a really good tip especially to those new to the blogosphere. Short but very precise info… Many thanks for sharing this one. A must read post!|

I will be sure you bookmark your site and can eventually keep coming back later on. I would like to

Excellent way of telling, and fastidious paragraph to obtain information concerning my presentation subject, which i am going to present in university.|

Do you mind if I quote a few of your posts as long as I provide credit and sources back to your website? My website is in the very same area of interest as yours and my users would truly benefit from some of the information you present here. Please let me know if this alright with you. Thank you!|

Beneficial info. Fortunate me I uncovered your site by chance, and I’m shocked why this car accident did not came about previous! I bookmarked it.

Tremendous things here. I’m very satisfied to peer your post. Thank you a lot and I’m taking a look forward to contact you. Will you kindly drop me a mail?|

Hello exceptional blog! Does running a blog like this take a lot of work? I have very little understanding of programming however I was hoping to start my own blog soon. Anyhow, if you have any ideas or techniques for new blog owners please share. I know this is off subject however I just wanted to ask. Appreciate it!|

Everything is very open with a clear explanation of the challenges. It was truly informative. Your website is very useful. Many thanks for sharing!|

I’m really enjoying the design and layout of your website. It’s a very easy on the eyes which makes it much more enjoyable for me to come here and visit more often. Did you hire out a developer to create your theme? Exceptional work!|

Hello There. I discovered your blog using msn. This is a really neatly written article. I will be sure to bookmark it and come back to learn extra of your helpful information. Thanks for the post. I’ll certainly return.|

It’s remarkable to go to see this website and reading the views of all mates regarding this post, while I am also zealous of getting knowledge.|

Everything is very open and very clear explanation of issues. was truly information. Your website is very useful. Thanks for sharing.

Ahaa, its good conversation concerning this post at this place at this webpage, I have read all that, so at this time me also commenting at this place.|