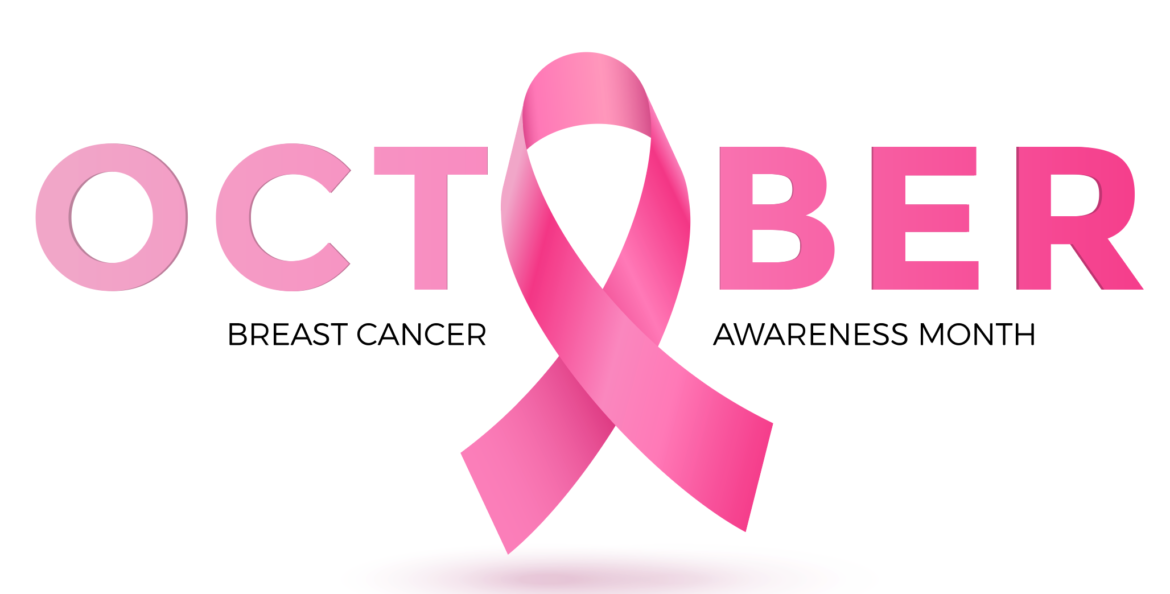 Breast cancer is one of the most common cancers among South African women – and its incidence is rising. October is Breast Cancer Awareness Month.

South African women overall have a one in nine chance of getting cancer, and breast cancer tops the list of possibilities, says the Cancer Association of South Africa. A closer look reveals that among white and Indian women it tops the list, and is in second place among black and colored women.

As with many other cancers, early detection is absolutely crucial in ensuring effective treatment and a positive outcome – about 90% of women who are diagnosed early with breast cancer and treated appropriately survive for many years afterward.

The symptoms of breast cancer

Initially, there may be none, and a small lump may not be felt or cause noticeable changes.

A hard or painless lump or mass in the breast is often the first symptom to be noticed. Other symptoms or signs of possible breast cancer include changes to the shape of the nipple, bloodstained discharge from the nipple, nipple tenderness or a nipple rash, a change in the texture of the skin of the breast, dimpling of the skin, an inverted nipple, or a lump under the arm.

There are several tests and procedures doctors use to diagnose breast cancer. These include a manual breast examination, a mammogram (an X-ray of the breast), an ultrasound (sound waves are used to determine whether a lump is solid, or a cyst), a biopsy (in which breast cells are removed in order to test them), an MRI (a magnet and radio waves are used to enable the doctor to see the interior of your breast).

The aim of these tests is threefold: to determine whether a lump is cancerous, what kind of cancer it is, and whether it has spread to other parts of the body.

There are various treatment options, which include initial surgery to remove the lump as well some of the surrounding tissue, a mastectomy (in which the whole breast is removed – a double mastectomy is when both breasts are removed, removing lymph nodes to see if cancer has spread, radiation therapy (in which radiation is used to destroy cancer cells), chemotherapy (where medicine is used to destroy cancer cells) and hormone-blocking therapy (which is used to treat breast cancer that is sensitive to hormones). Targeted drugs can also be used to attack specific abnormalities in the cancer cells.

***
In the interest of our patients, in accordance with SA law and our commitment to expertise, MediHub cannot subscribe to the practice of online diagnosis. Please consult a medical professional for specific medical advice. If you have any major concerns, please see your doctor for an assessment. If you have any cause for concern, your GP will be able to direct you to the appropriate specialists.

Bedtime may be the best time to take...

Sitting too much? You are at risk of...

Infections may be a trigger for heart attack...

Why gum disease can affect so much more...

Making Health and Nutrition a Priority During the...

Five Ways Pharmacists Can Help During The Coronavirus...