How Your Pharmacist Can Make You Healthier 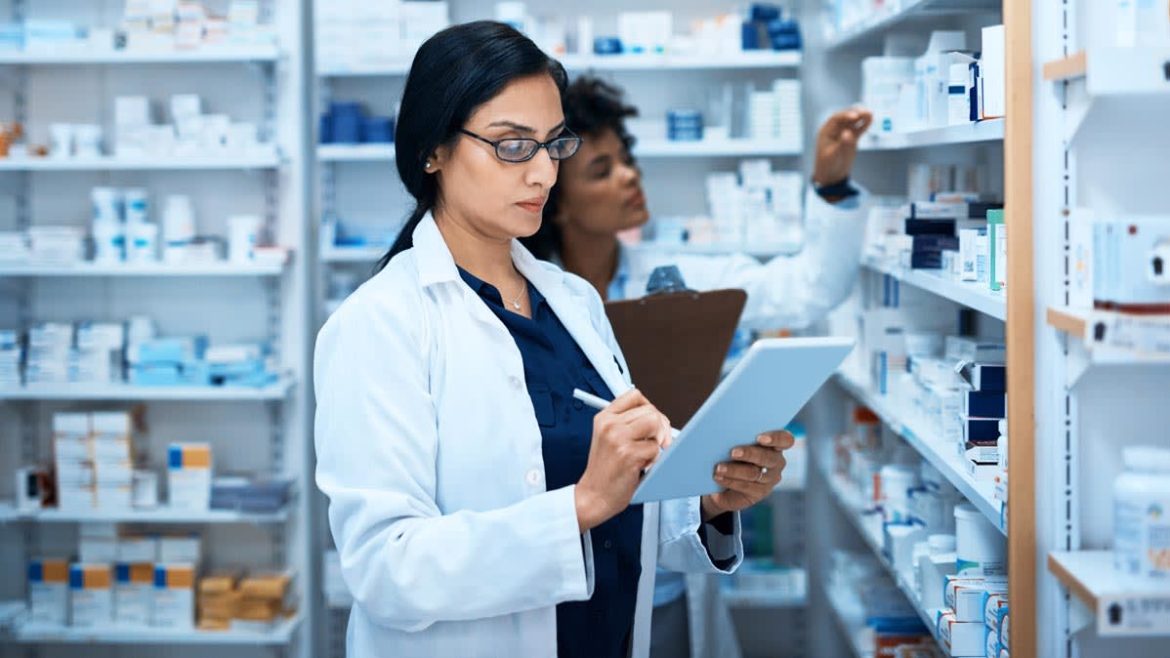 Take these four steps to reap the benefits. Pharmacists can do a lot more these days than dispense drugs. “Pharmacists have an extensive amount of training, including a doctorate in pharmacy, yet they’re underused,” says Michael Hochman, M.D., M.P.H., director of the Gehr Center for Health Systems Science at the Keck School of Medicine of USC in Los Angeles.

“Many of my ­patients don’t realize that pharmacists can manage chronic diseases such as high blood pressure and type 2 diabetes as effec­tively as doctors,” Hochman adds.

Of course, a pharmacist can’t replace your doctor. For instance, whether pharmacists are ­licensed to prescribe medication varies by state and drug. And pharmacists might not have access to your lab results or medical history, which your doctors use to make diagnoses and treat you.

But when used appropriately, pharmacists can add a layer to your care, reduc­ing the risk of medication overuse and interactions. Here, four steps to take at the pharmacy to benefit your health.

It’s important to use only one pharmacy or chain so that your pharmacist knows which medications you take and can more easily flag poten­tial problems, says Mohamed Jalloh, Pharm.D., spokesperson for the American Phar­macists Association. Which type of phar­macy is best for you? Experts advise basing the choice on three factors.

Price. If you have health insurance, the copay may be the same from pharmacy to pharmacy. If you’re paying out of pocket, note that Consumer Reports has found that prices at warehouse stores, such as Costco and Sam’s Club, and some independents can be better than those at big pharmacy chains.

Pro tip: Ask the pharmacist whether you’re getting the lowest price. Sometimes the out-of-pocket cost can be lower than a copay. Or if a therapeutically similar drug has a smaller copay, the pharmacist can alert your doctor.

Convenience. Chain pharmacies may offer pluses such as around-the-clock hours, drive-thrus, and prescription transfers to any of their locations. Some have free apps for refills and can alert you when your prescriptions are ready.

These mom and pop pharmacies might also provide a ­cozier relationship with the pharmacist. And you might feel more comfortable speaking to a familiar pharmacist about problems taking your meds.

“Older adults often need tweaks to their medications—for example, they’re unable to swallow a large pill, so they need the pharmacist to convert the drug into a liquid form,” says Joan Baird, Pharm.D., director of pharmacy practice and government affairs at the American Society of Consultant Pharmacists.

2. Have an Annual Medication Review

Forty percent of Americans age 65 and older use at least five prescription drugs regularly, according to a 2017 CR nationally representative survey of more than 2,000 U.S. adults. More drugs mean a higher risk of negative effects.

A yearly medication review—of the purpose and potential downsides of all your meds—can help. “But doctor visits are so quick that your pharmacist will most likely be able to spend more time with you and do a more thorough check, since they’re very well-versed in drug side ­effects and drug-drug interactions,” Hochman says.

One 2017 study published in the Journal of Managed Care & Specialty Pharmacy found that a pharmacist-led review program for older adults was associated with a significant reduction in the use of high-risk medications, such as muscle relaxants and meds that worsened pre-existing health conditions.

Take along a list of the prescription and over-the-counter products you use—including supplements—and their dosages, and current lab tests, if possible. Note your medical conditions and recent surgeries, too. If the pharmacist spots a problem, she can call your doctor directly.

3. Get Vaccines and More

It’s fine to have any immunization at a pharmacy, including travel vaccines, Hochman says. (Afterward, give your receipt to your primary care doctor so that it’s noted in your medical records.)

Pharmacies also sometimes offer blood pressure or blood sugar checks. “Patients spend a lot more time in their local pharmacy than in the doctor’s office, so I see it as a great opportunity to get their blood pressure checked every time they go in if they have high blood pressure, or their readings are at all in question,” Hochman says. (Share the results with your doctor.)

You may also find help kicking the habit: A 2016 study conducted in part by the Centers for Disease Control and Prevention found that within 10 weeks of launching a pharmacy-based smoking cessation program in five rural counties in West Virginia, 40 percent of enrolled people quit smoking.

4. Ask for Advice on OTC Meds

Your pharmacist should be able to help you select the most appropriate OTC remedy for uncomplicated problems such as colds. That’s important because OTC doesn’t always mean benign.

“Older adults often have complex medical histories or suffer from multiple conditions, so even over-the-counter medications or supplements that they’ve used for years may over time interact with their other, newer medications or simply might not be safe,” says Sunny Linnebur, Pharm.D., a professor at the University of Colorado and incoming president of the American Geriatrics Society.

For instance, a combination cold and sinus OTC product may contain pseudoephedrine, which increases blood pressure, and ibuprofen, which can affect the kidneys, heart, and stomach.

“By running the over-the-counter treatments by the pharmacist first, older adults can help ensure the drug that they want to take is safe for them,” Linnebur says.

What About Those Drugstore Mini-Clinics?

The number of walk-in health clinics at U.S. chains such as CVS, Walgreens, and Walmart is on the rise—increasing by 47 percent between 2014 and 2017.

These mini-clinics are appeal­ing for several reasons: They don’t require appointments, they’re often open at night and on weekends, and they’re usually staffed by nurse practitioners who can also ­prescribe drugs.

Should you use one of these retail clinics? “It’s really better to get checked out by your primary care physician, since they know your medical history, including any chronic health problems and all the medications you’re taking,” says USC’s Hochman. If that’s not possible, consider a retail clinic only for simple problems such as a bad cold, an ear infection, a sore throat, a rash, or a minor sprain or cut.

And make sure you provide the practitioner there with a list of your current medications (including OTC  products and supplements). If symptoms don’t ease ­after a couple of days, see your primary care physician for a follow-up. And for more serious symptoms—chest pain, trouble breathing, a suspected fracture—head straight to the emergency room, Hochman says.

When It’s Time to Switch Pharmacies

“Patients should always feel comfortable approach­ing pharmacists and trusting them to help with drug needs like filling prescriptions, contacting their doctor, and helping pick over-the-counter medications,” says the University of Colorado’s Linnebur. If you’re not getting your needs met and decide to switch:

Get your RXs moved. Have your new pharmacist ask your old one to transfer your prescriptions. For some meds, your doctor may need to issue a new prescription.

Pass on key medical info. Give the new pharmacy your insurance information, your medical history, a list of any medication allergies you have, and a list of the prescription and OTC drugs and supplements you use.

Let your doctors know. Call all your physicians’ offices and provide them with updated pharmacy information.

Editor’s Note: This article also appeared in the December 2018 issue of Consumer Reports On Health.

Hallie Levine is an award-winning magazine and freelance writer who contributes to Consumer Reports on health and fitness topics. Her work has been published in Health, Prevention, Reader’s Digest, and Parents, among others. She’s a mom to three kids and a fat but feisty black Labrador Retriever named Ivry. In her (nonexistent) spare time, she likes to read, swim, and run marathons.

The importance of washing your hands

7 Steps to keeping your body healthy

Where should you get your nutrient fix –...

Is a cure for Aids within reach?

The developing role of hospital pharmacists

How to fix the four biggest sleep disorders